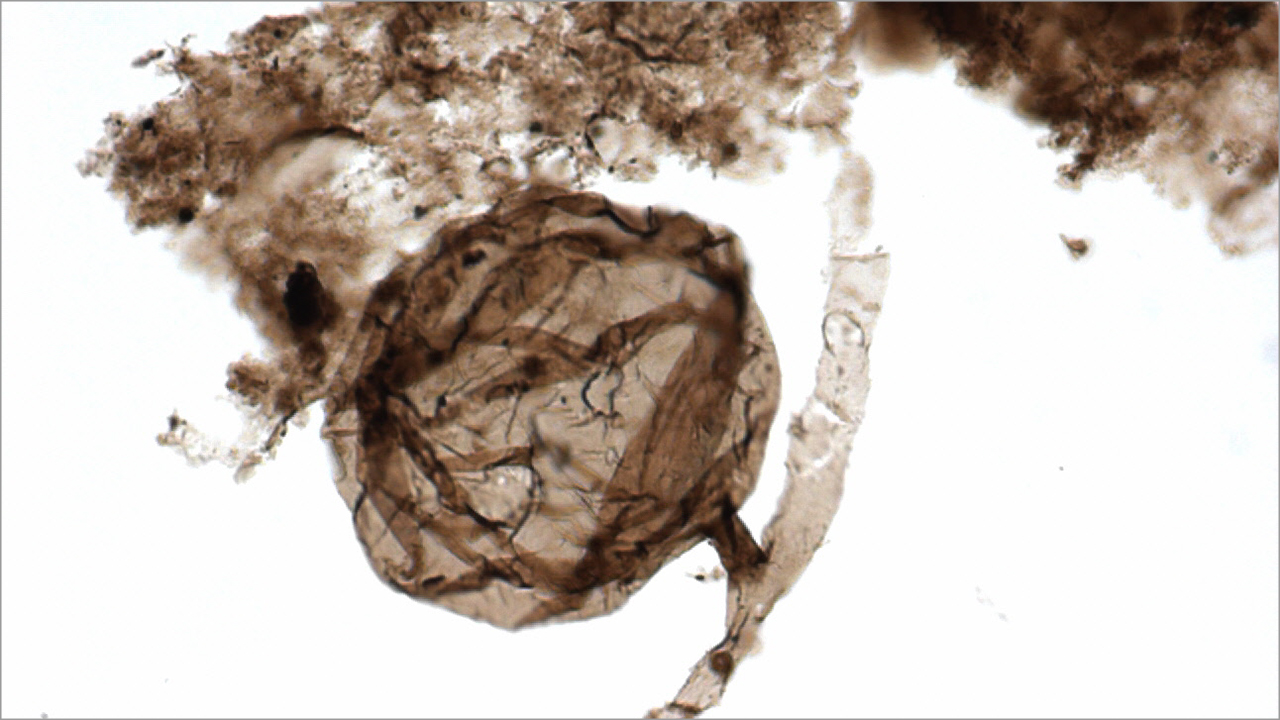 Researchers from Early Life Traces & Evolution-Astrobiology Laboratory at ULiège discovered numerous microfossils of fungi dating back from 900 to 1000 million years, preserved in shales in the canadian Arctic. This major discovery, which is the subject of an article published in the journal Nature, pushes back the age of fungi half a billion years earlier than previous oldest fossils at 400-450 million years.

ungi are essential components of modern ecosystems and are among the first traces of life to colonize the continents. However, until now, the only non-ambiguous fossil fungi were dated from the middle of the Paleozoic, around 450-400 million years ago. New research conducted in northwestern Canada by Corentin Loron, a doctoral researcher at Pr Emmanuelle Javaux's laboratory (Early Life Traces & Evolution-Astrobiology, ULiège) has pushed back this record by several hundred million years.

With collaborators from the Geological Survey of Canada, Laurentian University (Canada) and CNRS (France), the researchers from the University of Liège have discovered many specimens of the organic-walled microfossil Ourasphaira giraldae preserved in estuarine shales of the Grassy Bay Formation in the Northwest Territories of Canada. These multicellular microfossils, dated between 1000 and 900 million years ago, have a morphology characteristic of fungi and a wall made of chitin, a fibrous compound that forms fungal cell walls. This research pushes back the fossil record of fungi by half a billion years and represents the oldest occurrence of chitin.

This major discovery also pushes back the origins of opisthokonts, the eukaryotic crown group that includes animals and fungi, to much earlier than previously thought.